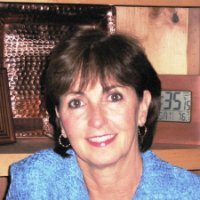 Ms. Barnard is the CEO & founder of Austin-based CXO Connections, a management placement and consulting firm for both large and small organizations.

Prior to launching CXO, Noel spent two years as partner with Top Gun Ventures, a premier executive search firm and was responsible for launching the firms’ Austin office. Prior to Top Gun, Ms. Barnard served as Chairman, CEO and President of HyPerformix, a leading performance management software and services company. Ms. Barnard was responsible for the successful turnaround of the company during the difficult 2000-2001 timeframe and credited with shifting the company’s business model and the successful launch of multiple new products. During her tenure as CEO, she received numerous awards, i.e., Computerworld’s Computer Laureate Award for innovation in technology, the Austin Business Journal’s “Rising Star” Award, and one of Deloitte’s Fastest Growing Private Companies.

Throughout her career, Ms. Barnard has led the growth of multiple new business ventures and recruited exceptional human talent across a wide range of industries in companies that include both venture-backed startups and the Fortune 500. Her proven track record of identifying and capitalizing on new markets in high-growth environments, as well as leveraging corporate assets and improving bottom-line performance during difficult economic periods has been validated and time tested. Ms. Barnard is recognized by peers and associates across the globe for her strategic sales & execution abilities, her intense focus on customer service and client relationships, and her inherent people and leadership skills.

Previously, Noel served as VP, Professional Services, IBM Tivoli; Managing Principal & National Practice Leader, IBM Global Services; Senior Vice President, Business Development, Snyder Communications; and Senior Vice President, Sales, Marketing, and Operations, The Sabre Group, a division of AMR, parent to American Airlines. Ms. Barnard graduated Summa Cum Laude with a Bachelor of Science in Business & Office Education from Northwestern State University. She currently serves on the board of Aidmatrix, a Leader in Supply Chain Management for Humanitarian Relief, where she is a member of the Executive Committee and Chairs the Nominations Committee. In addition, Ms. Barnard serves on the advisory board of several technology firms across the US.

Ms. Bradley is Chief Operating Officer of Accenture’s global customer care outsourcing practice. She has nearly 30 years of senior management, customer service and corporate strategy experience with major corporations. She is an international expert in outsourcing, calls centers, and telecommunications.

Prior to joining Accenture, Ms. Bradley was Chief Service Officer and Senior Vice President of Nextel Communications, a leading wireless services company. She was instrumental in the company’s outsourcing of customer care and IT operations saving Nextel more than $300 million per annum. Prior to joining Nextel, she worked for 22 years for SNET (Southern New England Telephone) and most recently was President of both SNET’s outsourced call center and operator services business units. She played a leading role in the integration of SNET into Southwestern Bell. 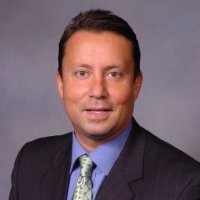 Luis E. Fiallo is Managing Director and Chief Operating Officer of China Telecom Americas where he is responsible for daily business operations and corporate development at China Telecom USA. Mr. Fiallo has over 18 years experience working in the information technology and telecommunication industries.

Mr. Fiallo is a recent appointee to the Commonwealth of Virginia Telecom and Broadband Roundtable. Mr. Fiallo was previously an advisor to President George W. Bush as a member of the President’s Information Technology Committee (PITAC). He is a frequent speaker in North America, Asia and Europe. Previously, Mr. Fiallo was founder and President of Fiallo & Associates, a management consultancy and equity formation organization, working with several Fortune 1000 companies and early stage companies.

Prior, Mr. Fiallo was the vice president of eBusiness Solutions for BCE Teleglobe where he built one of the largest integrated global computing and communication services. Prior to Teleglobe, Mr. Fiallo worked as vice president of Data Services and Web hosting for AppliedTheory Corporation, a company he helped grow into a national ISP and take public. Furthermore, he held senior management roles at IBM, Sprint and Cable & Wireless where he focused on advanced data networking and computing solutions. Mr. Fiallo received a bachelor’s degree in business administration in international business from George Washington University, and a master’s degree in information systems from The American University.

Robin D. Richards is widely regarded as a true industry pioneer in the e-commerce, tecnology, and digital media industries. He is CEO and Chairman of the Board of The NTI Group™, an internet telecommunications company. He is also Chairman of the Board of Jets.com and Board Member of both Linspire, Inc. (an open-system technology leader which provides an affordable, easy-to-use Linux-based operating system) and Cash Technologies, Inc., which develops and markets innovative data processing systems.

Previous to MP3.com, Mr. Richards served as Managing Director of Tickets.com, Inc., an Internet ticketing Service Company—which he sold to Advantex within six months of taking the helm. Mr. Richards was a founder, president and CEO of Lexi International, one of the largest largest teleservices and database management companies in the USA. Mr. Richards sold Lexi to Thayer Capital for $40 million +.

Mr. Richards is President of the Chase Foundation, an organization that supports terminally ill children. He is a Board Member and former President of The Prostate Cancer Foundation. Additionally, Mr. Richards serves on the Boards of the National School Boards Foundation and the California State Summer School for the Arts (InnerSpark).

He holds a Bachelor of Science degree from Michigan State University and attended Whittier College School of Law.

Mr. Ryan is an active member of the AICPA, MACPA, Greater Washington Society of CPA’s, the Health Care Advisors Association, and he serves or has served on local not-for-profit accounting boards and as a formal or informal advisor to entrepreneurial businesses of all sizes. He received his MBA in Finance in 1987 at the University of Baltimore, preceded by his BA in Accounting at The Catholic University of America in 1983 and his CPA in 1983. 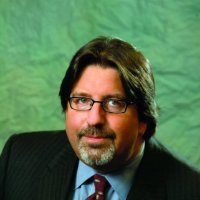 Andrew J. Sherman is a co-founder of Grow Fast Grow Right Enterprises LLC and serves as its lead educator. Mr. Sherman is an international authority on the legal and strategic aspects of business growth with a focus on mergers and acquisitions, joint ventures, strategic alliances and other types of growth strategies. He is also a partner in the corporate and transactional department at Jones Day, Washington, DC a global law firm with over 2,400 attorneys.

Heralded by Fortune magazine as one of the nation’s top ten minds in entrepreneurship, he has served as a legal and strategic advisor to dozens of Fortune 500 companies and hundreds of emerging growth companies. He is as an Adjunct Professor in the University of Maryland’s MBA program, where he has taught financing and growth strategies for emerging companies for over 22 years. In addition, Mr. Sherman is an Adjunct Professor at Georgetown University’s MBA program, teaching courses in entrepreneurship and growth strategies since 1995.

Mr. Sherman is the author of 17 books on the legal and strategic aspects of business growth, franchising, capital formation, and the leveraging of intellectual property. He also has written many articles on similar topics for a variety of trade and business publications. His eighteenth (18th) book, Road Rules Be the Truck. Not the Squirrel. is an inspirational book about life and was published in the Fall of 2008 (www.bethetruck.com).

Mr. Timms founded Corporate Advisors in 1998. It has quickly become a premier boutique middle market acquisition and divestment advisor embracing the fundamentals of a research based, seamlessly international, highly confidential service delivered by principals with global experience in M&A both as senior corporate executives and as strategy consultants.

Following an early career as an accountant with IBM, Mr. Timms became Divisional CFO and a director of one of Europe’s fastest growing and most acquisitive conglomerates. He joined the international PA Consulting Group as a Senior Consultant in the Corporate Strategy Division. He left PA to become Director and CFO of a publicly quoted, diversified holding company, soon being promoted and becoming the youngest CEO of any company quoted on the London Stock Exchange.

Peter Timms relocated to the USA in 1987 and since that time, as CEO, he has managed two high growth electronic businesses also managing the successful turnaround of a NASDAQ company. He has been a member of the boards of three publicly quoted companies with strong transatlantic links, completed over twenty deals for these groups in USA, UK and Europe, with experience in refinancing, ESOPs formation, and complex turnarounds. 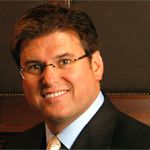 Rick Weidinger is an accomplished technology and sports entrepreneur. He is Chairman and CEO of Robotic Vision Technologies (roboticvisiontech.com), a world leader in robotic vision software.

At Pontio, the largest wholesale competitive local exchange carrier (CLEC) in the United States, he began as a member of the Board of Directors in June 1999 and became Chairman, President and CEO just two months later. In November 2000, Mr. Weidinger directed Pontio’s acquisition by a Fortune 100 Company, managing and negotiating the sale of the company in an all-cash transaction. Weidinger’s leadership dramatically increased the enterprise value of Pontio. He also developed and built city-wide state-of-the-art fiber optic networks throughout Texas before retiring from Pontio in 2001.

Prior to Pontio, Mr. Weidinger served as a founding member and Vice President Corporate Development for MFS Communications and later as Vice President of Integration and Development for WorldCom, following WorldCom’s acquisition of MFS, in which he played a key role. Chiefly involved in MFS’s rapid development and growth. Mr. Weidinger engaged in more than 25 transactions totaling approximately $18 billion. Some of these developments included organic company growth and other transactions included MFS’s $2 billion acquisition of UUNET Technologies, the world’s largest ISP in 1995, and the subsequent acquisition of MFS by WorldCom in a $14 billion transaction in 1996. Mr. Weidinger retired from WorldCom in March 1999.

Pursuing his passion for open-wheel racing, Mr. Weidinger is Owner of A1 TEAM USA (a1teamusa.com), which represents the United States in the global A1GP World Cup of Motorsport. Previously, Weidinger co-owned an IRL IndyCar team for the 2004 season, which included two cars in the prestigious Indianapolis 500. Weidinger has also been co-owner of cars in the Indy 500 in 2006 (driven by two-time Indy champion Al Unser Jr.) and 2007 (driven by 2004 Indy winner Buddy Rice).

Weidinger holds both Juris Doctor and MBA degrees from Creighton University and a Bachelor of Science degree from the University of Nebraska. He presently sits on the Board of Directors of several North American corporations.